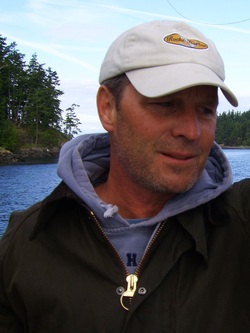 'Avery McShane' was my first traditionally published book. It was released by Bloomsbury Children's Books on March 1st, 2012.

Over the last couple of years I have completed several more manuscripts: 'Achilles Wept', 'The Thief of Shadows', and 'XINGU'  (A Levalles Brothers Adventure). I am currently preparing the latter for release in January 2013 as an eBook. I am curious to see how one of my projects will fare using that platform. I intend to traditionally publish the others.

Follow the pop-out titles to acquaint yourself with the books. I have provided a brief synopsis for each one. For your further entertainment, I have provided (below) select reviews of 'Avery McShane'.

I would love to hear back from you. Just go to the Contact page and send me an email.

Together with his friends Billy, Todd and Matti the dog they are the Machacas gang. They have a tree house in the El Monte jungle where they set themselves weekly dares. Their latest dare to pick a bunch of ripe bananas from one of Pablo Malo’s trees on the plantation sets them off on a big adventure.  We see the Machacas becoming unwitting detectives trying to get to the bottom of what Pablo Malo is really up to on his plantation.

Greg Lyons’ debut is made all the more exciting for knowing that  Avery’s adventures are based around the authors own experiences growing up in Venezuela."
- Emma Crawford, for 'We Love This Book' (March 1, 2012)

"Imagine you’re a nine year old boy. Now imagine an American, oil-drilling, ex-pat community in the middle of the Venezuelan jungle. Enter Avery McShane, his best friends – Todd and Billy, and his dog, Mati. They call themselves the Machacas, have a secret hideout, and for fun, go on banana-stealing missions to the local plantation.

Liking it so far?

The Machacas certainly were, until they uncovered diamond smugglers, a kidnapping and a brutal murder. Armed with slingshots and a rucksack of fireworks, the motley crew go on the mission of their lives.

This tightly written adventure is full of pace, action and tension with a gentle sprinkling of humour. Lyons wonderfully evokes the exotic environs of a South American rainforest, which is not surprising when you learn that the author grew up in such a place, and seems to have led a life as wild and exciting as Avery McShane’s.

My only quibble (and it is a tiny one) is that the book is pitched at the wrong age. Avery is supposed to be twelve, but to my mind, he is much younger; and therefore I would pitch the book at a younger readership of 8/9+. With not a hormone or girl in sight, this is a good, old-fashioned boy’s adventure.

Now it’s time to imagine you’re a sensible grown up again. That’s the feeling you get when you finish Avery McShane and the Silver Spurs."

"Avery McShane lives in Campo Mata, an oil workers camp in Venezuela. He and his friends, Billy and Todd, hang out in their forest den, setting themselves ever-crazier challenges. But the day they check out the dead body that’s been bought into the clinic, then steal bananas from scary Pablo Malo’s farm, they suddenly find themselves in a life-or-death challenge. At Pablo Malo’s, Billy’s spied a pair of silver spurs. He’s convinced they belonged to the dead guy, that Pablo Malo is involved, and there’s a mystery to be solved. But Pablo Malo is a ruthless adversary who stops at nothing...

Plenty of action and adventure; an exotic setting; well-drawn characters and a plucky, engaging hero, make this a page-turner – with a decidedly dangerous edge. "

- Review by BOOK TRUST, Inspiring a Love of Books.

"What an exciting read!
The story follows Avery McShane, young American ex-pat living in the jungles of Venezuela on a camp run by an oil company with his family. Avery, his dog and best mates, Todd and Billy, get up to all kinds of mischief and danger. When a gaucho is found dead near Campo Mata, the boys do some investigations of their own, and discover a dangerous villain in the form of Pablo Malo and his vicious dog Loca.

Filled with a little gore, a lot of danger, steamy jungles and pre-teen angst, this book is sure to engage the fussy 9-13 boy reader. I recommend it! "

"three buddies, a no-girls-allowed treehouse, slingshots, comic books and a faithful dog. you may think you've read this one before, but it wasn't likely set by the orinoco river in venezuela, and probably didn't have this level of action, intensity and ingenuity. a fun read, especially for third culture kids."

"I don’t like recommending books for either boys or girls, as everyone is different, but I will make an exception for this one: Avery McShane and the Silver Spurs, the first in a series, is strictly boys’ adventure territory. There may be a few girls who enjoy it, but on the whole this is one for the lads, from the poo-flinging monkey to the decapitation of soldier ants to scare the girls with and the fascination with seeing a dead body. That said, it is a gripping story: Avery lives in Venezuela with his parents and his friends who form the Machacas gang, bent on having fun and causing a little havoc along the way. However, they get in way over their heads when a dare to steal bananas from Pablo Malo’s farm turns into a full-on war with vicious dogs, floods and explosions that leave our hero literally staring down the barrel of a gun with nowhere to go but the swollen river at his back. You’ll be gripped until the final paragraph, which reminds you that Avery’s adventures are just beginning…"

My son could not put this e-book down! Great adventure read. Here is his review: "This is a review on the book Avery McShane. It is a mystery and I would recommend it to older boys. It is about three boys in an oil camp called Campo Metta which means that his dad works for the oil company. The boy's names are Avery, Billy, and Todd. They formed a club called the Machas. Every week they come up with a mission. One day Todd came up with the idea that they steal some bananas from Pablo Molo. So they tried to steal some bananas but Pablo saw them. Avery and Billy got out safely but Todd got shot with rock salt. It was Fourth of July so they got some fireworks. When they got there they heard Pablo and the customs agent talking. They heard that they were smugglers and were smuggling something out but not what. To find out what happens next you will have to read the book yourself."

"My son loved this adventure tale of Avery and his friends. Such a refreshing change from the typical stories being written today. No vampires or aliens in sight! Just your normal boys adventure story. He got so caught up in the story that he even wanted to know if we could move to Venuzuela. How cool is that! He is so hoping there will be a next book, so hopefully this will encourage the writer, Greg Lyons, to get cracking.
Moms of 10 year old boys, here is a book your son can really enjoy, is age appropriate, and will encourage your son to want to read. My son was, for the first time, easy to persuade to go to bed, so that he could read and find out what happened next."

"I liked Avery McShane & the Silver Spurs. It was entertaining & funny, gory & gross all at the same time."

"My 12 year old son couldn't put this book down! From the first paragraph he was drawn in by the three friends with their tree house and all the fun they had together. Of course their fun leads them into some danger and a mystery they have to figure out.

We sure hope there will be more Avery McShane books coming out soon."

Avery’s family, originally from America, now live in the middle of nowhere in the jungles of Venezula, where his dad is a senior engineer for a large oil company. Avery, together with his dog Mati and his best friends Billy and Todd, are the Machasa’s - with their own secret hideout, always looking out for each other and leading an exciting and adventure packed life.
But this all takes an extreme turn when a body is found and the boys think they know who is responsible. They discover that the police assistant is involved and that his boss, Captain Gomez, has been kidnapped or maybe murdered. The action hots up with the boys involved in blowing things up and discovering a covert diamond smuggling operation.

Will they find and save Captain Gomez? How will they survive with some scary dudes hot on their tale in the middle of a severe storm in the jungle?