I chose this image as a placeholder until I complete a proposed cover for the book. It is a photo of some tombs in the Old St. Louis Cemetery in New Orleans. The tomb of Father Seamus O'Bannon is there. Within it is one of the secret entrances to Libreville, the ancient city of canals beneath the city - the home of the Ma Uati. 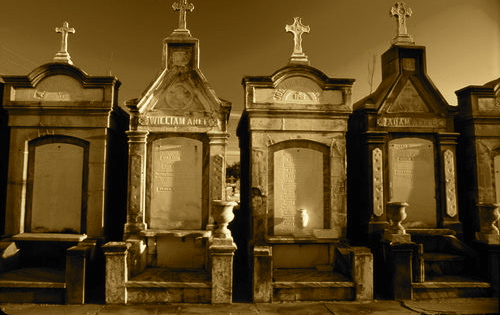 The Thief of Shadows - A Brief Synopsis

Kwankwu Onyewu, the Obiaman of Jamaica, stole the shadows of Kieran Renauld’s birth parents when the boy was only three years old. He ordered the young couple to kill their only child, but they failed. When they arrived at his bedside, he was gone. The Ma Uati had taken him.

Kieran has lived in the swamps of Louisiana in almost total isolation since the day he was taken away from his birth parents. He has been raised by a couple he believes to be his real parents. It is not strange to him that his parents are dark-skinned, and he is pale white, that his hair is blond and wavy, and that theirs is black and curly. They are the only humans he recalls ever seeing. He knows nothing of the outside world. He has never heard of televisions, books, or the internet. Despite this (or perhaps because of this) Kieran is a very happy person. It is all about to change.

The hurricane struck suddenly and viciously. The lonely shack he called home was destroyed and, as he would later learn, his surrogate parents died in the terrible storm. It was what the Ma Uati had long feared. It could only be the work of one man. The Obiaman had begun his endgame. He would now follow through with his vow to destroy the Ma Uati, and the only person who could save them from his wrath was Kieran Renauld.

Kieran is again rescued by the Ma Uati and brought to Libreville, an underground Venice of canals and tunnels beneath the city of New Orleans. The Ma Uati founded their secret civilization soon after arriving as slaves from Africa in the late 1600‘s, and they have thrived in that underground community since - hiding from the Owners who would enslave them, and from the Obiamen of the past who would destroy them.

The Ma Uati are a peaceful people. They protect themselves from discovery through the use of five ancient charms. Only the Possessors of the Ma Uati Amulets may cast them. With these, the Possessors may subtly affect nature, see the signs of the future, protect themselves, and affect the thoughts of others through the power of suggestion. And, only in the rarest of circumstances, a chosen few may also cast the Charms of Harm - something that has not been done for hundreds of years.

Twelve is an important number to the Ma Uati. It represents the number of Amulets of Charm they possess. It is how many places they have carved-out and constructed beneath New Orleans. And it is the number of fully restored wooden ships that comprise the Ecole de Sorts - a school that floats upon the underground waters of the Lac de Lumiere.

Kieran will now attend the Ecole de Sorts as a first term student - a Nouveau. He joins the Duexiemes, the Troisiemes, and the Finnesuers, to begin his training to become what he was born to be. The classrooms are held in perfectly restored ships from bygone times: a Spanish Galleon, a British Man-of-War, an Arabian Ganjah, a Viking Longboat, and eight others. The teachers live in the Captain’s Quarters of the ships. Kieran’s mentor is Papa Lebarge, the Headmaster of the school and the oldest living Ma Uati.

With Papa Lebarge’s guidance, Kieran soon learns what he really is. When Kieran dives into the Lac de Lumiere for the first time he finds that he is one with the water. He can swim as fast as a dolphin, and stay under water much longer than a normal human. He is indeed the last of the Rennu, the race that gave birth to the myth of mermaids.

Only weeks after Kieran arrives, the Obiaman kidnaps the daughter of Mama Mbono, the Witch of Libreville. To make matters worse, his shadowless followers find a long forgotten secret entrance to Libreville. He can see through their eyes and control their thoughts. He sends three of them to the Chapelle des Morts where, with the help of his Charms of Harm, they manage to lift the Ma Uati charms that have protected Libreville for centuries. A tremendous flood is unleashed as the waters of the Mississippi rush through the canals and tunnels. Mama Mbono manages to stem the tide long enough for the ships of the Ecole de Sorts to escape through the Lock, and out into the world beneath the open sky.

The students and teachers of the Ecole journey to the Lac de Soleil, a community of Ma Uati who left Libreville long ago and settled in the middle of the swamp. The Outsiders have long provided Libreville with the food and provisions that are sold in the Market de la Vie. In exchange they are protected by the powerful charms of Mama Mbono.

The Obiaman’s actions leave the Ma Uati no choice. They must now fight, or be destroyed. With the knowledge that the most powerful charms are cast by the youngest Possessors, the Elders hold tryouts to determine the most capable students to form the Equipe de Sorts. They chose the five most promising students, and provide them each with an Amulet: one to nudge nature, one to protect, one to enable the power of suggestion, one to see the signs of the future, and one to cast the Charms of Harm. Kieran is also chosen, but he cannot join the team until the Lost Amulet is found.

The Lost Amulet can only be used by a Rennu. It gives its Possessor the power to enhance the charms of others, but it has been lost for centuries, somewhere in the most ancient parts of Libreville. Kieran Renauld must find it.

With the news that Mama Mbono had managed to repel the flood, the ships of the Ecole de Sorts return to Libreville. Kieran and two of his friends search for the Lost Amulet in the darkest recesses of Libreville, in the Catacombs. They succeed. After three centuries, the Lost Amulet is again in the possession of a Rennu.

The Equipe de Sorts is now complete. The battle has officially begun. The team must now find Kwankwu Onyewu. With the Obiaman’s death, the shadows will be set free. Marguerite will be saved. But for Kieran, it means much more than that. If they succeed, he will avenge the deaths of the only parents he had ever known and be reunited with the parents he never knew. 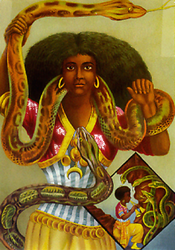 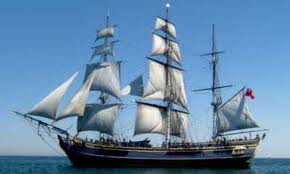 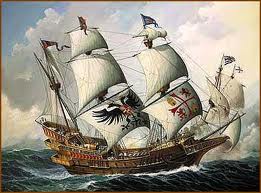 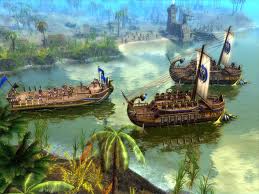 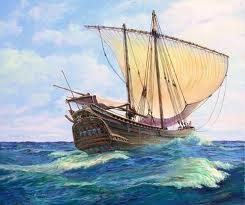 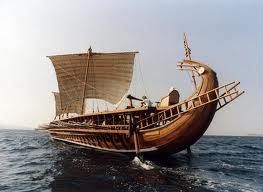 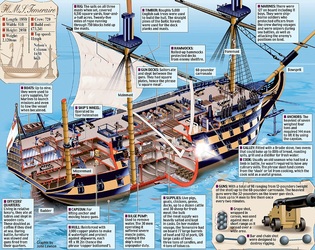